MORE THAN 55,000 FAMILIES AFFECTED BY THE DRY WEATHER 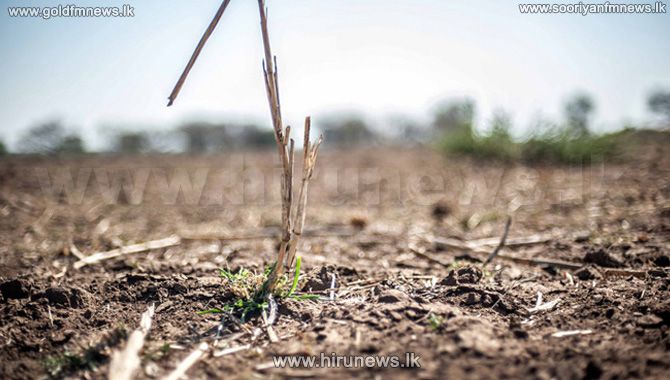 As a result of the dry weather prevailing in several areas of the island 236, 229 persons belonging to 55, 763 families have been severely affected.

The Disaster Management Center said that arrangements have been made by now to supply these people with drinking water.

This dry weather has affected a number of areas in the districts of Kegalle, Ratnapura and Kalutara.

Anyhow, Director General of the Agriculture Department, Dr. W.M.W. Weerakone said that although the prevailing dry weather has not had an impact on the paddy harvest, farmers who did not cultivate paddy during the past months of October and November will have to face many problems due to the dry weather conditions.

Although water levels in reservoirs connected to hydropower stations are at 70 percent and if these water levels drop due to the prevailing dry weather, there is no decision to implement power cuts, the Media Spokesman of the Ministry of Power and Energy, Sulakshana Jayawardena said.

Meanwhile the Irrigation Department said that in 75 tanks belonging to the Department, water levels are at 70 percent.

They said that this quantity of water is sufficient for cultivation purposes.

However, Director General of the Meteorology Department Athula Karunanayake said that adequate rain can be expected with inter-monsoon becoming active in the middle of the month of March.

The highest rainfall reported at 8.30 am today (10) during the past twenty four hours was 11.5 mm from Deniyaya.

The highest temperature of 36 degrees Celcius was reported from the Ratnapura District.

It is an increase of 22 degrees Celcius more than the average temperature experienced in the district.

State Minister of Water Supply Facilities Vasudeva Nanayakkara requests the public to use water economically due to the prevailing dry weather.