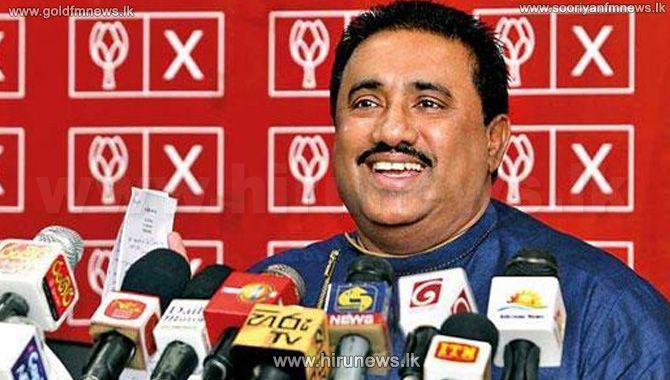 State Minister Rohitha Abeygunawardena said that the most suitable symbol for the Alliance being set up by the United National Party for the upcoming elections is the stork or the ‘koka.’

The State Minister at a media briefing held today (10) at the Sri Lanka Podujana Peramuna office located at Nelum Mawatha in Battaramulla said further that the UNP which hoodwinked the people are preparing now to hoodwink the party members.

Meanwhile, discussions regarding the Podujana Peramuna and the Sri Lanka Freedom Party and contesting the upcoming General Election will commence next week under the leadership of former Minister Basil Rajapaksa.

Replying to an inquiry made by the Hiru News Division the National Organizer of the SLFP State Minister Duminda Dissanayake said that a few discussions on the initial phase, have already been held.

The leaders of the two parties are due to reach a final agreement at the discussions scheduled to be held next week regarding the symbol of the new Alliance and granting of nominations.

Meanwhile, at a meeting held yesterday (10) in Anamaduwa, the General Secretary of the SLFP State Minister Dayasiri Jayasekera said that the party cannot be destroyed whatever obstacles and barriers arise.