THE DISCUSSIONS BETWEEN RAILWAY EMPLOYEES AND PRESIDENT’S OFFICE OFFICIALS FAIL 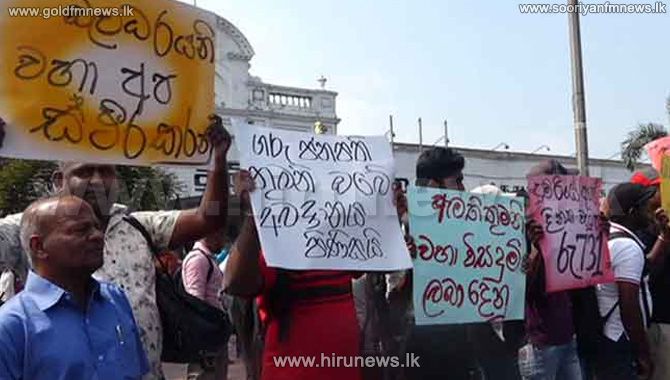 The discussions held between the Railway Trade Unions Alliance demanding that substitute, casual temporary and contract workers in the Railway Service recruited in 2014 be made permanent and officials of the President Office have failed.

Co-Convener of the Railway Trade Unions Alliance S. P. Vithanage said that they made arrangements to hand over a letter to the President’s Secretary regarding their demands.