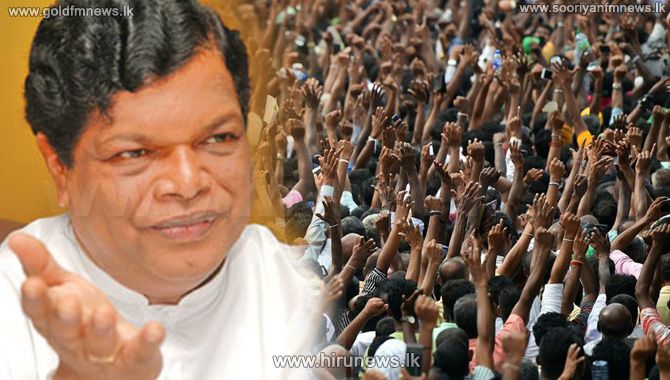 Several protests were staged in Colombo today as well.

Railway Workers Unions, Unemployed graduates and a group of workers attached to the archaeological department gathered at the Agitation site in Galle Face and staged protests.

The railway protesters demanded that the casual, temporary and reserve workers are made permanent while unemployed graduates demanded all their fellow members be provided jobs irrespective of any differences.

At the same time, Education Minister Bandula Gunawardana said any protester could take an appointment and meet him to discuss their issues.

He was answering a journalist during the media conference held at the Government Information Department today.