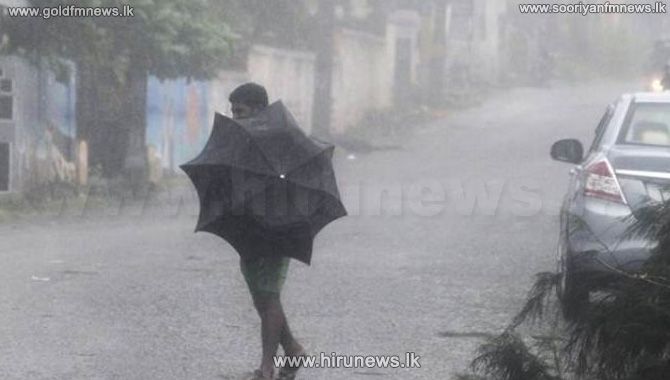 The Meteorology Department said that somewhat of an increase can be expected in rains and wind in the upcoming few days.

The Department said that a few showers could be experienced in the Eastern, Central and Uva Provinces as well as in the districts of Hambantota, Polonnaruwa and Mullaitivu.

In a statement issued this morning, the Meteorology Department stated that rain or thunder showers could occur in a few places in the Sabaragamuwa Province and the districts of Galle and Matara today (11) after 2.00 pm.

The speed of winds could increase to between 40-50 kilometers per hour in the Northern, Eastern, Northcentral and Northwestern provinces and also in the districts of Moneragala and Hambantota.