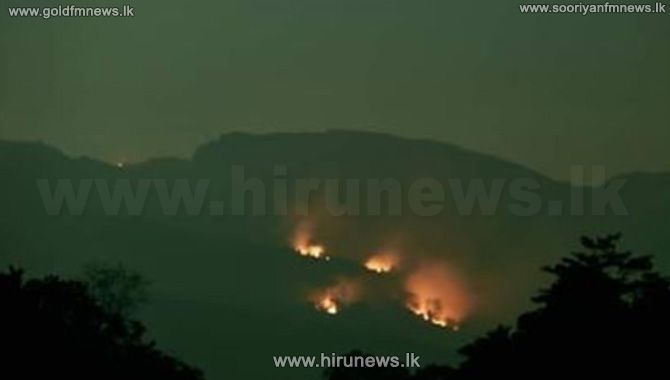 Police says that the fire that had erupted at the Mahakanda reservation which is a slope of the Hantaana mountain in Kandy is still raging.

Reports say that police personnel from police stations of three areas and staff from the Disaster Management Centre and the Wildlife Department as well as the army are in a joint effort to douse the fire.

While this had erupted at the Hantaana reservation several days ago because of the dry weather and windy conditions, the fire has spread fast.

Our reporter said that although the fire was doused in the night the fire erupts again during the day.

An area of about 30 acres have by now been destroyed by the fire.

Police investigations have revealed that some persons had set fire to a section in the reservation and that it continues to spread even now.