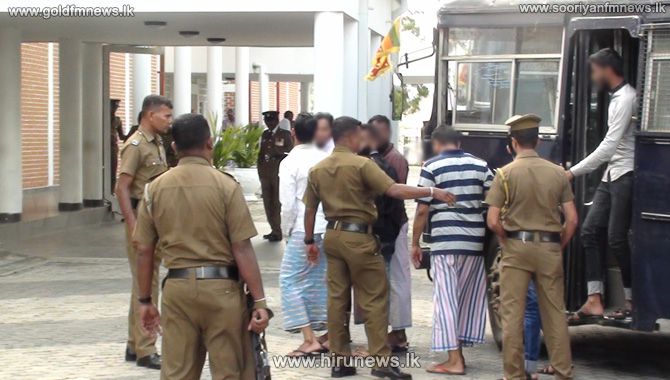 The 61 persons suspected of being connected with the National Thowheed Jamath Organization have been remanded once again until 28 February.

These individuals were taken into custody on suspicion of having received training in weapons at the National Thowheed Jamath Organization headquarters in Nuwara Eliya.

Subsequent to being produced before Batticaloa District Acting Magistrate Thiyageswaran today (11) they were ordered to be remanded until 28 of February.

Our Correspondent said that these individuals were residents of Kattankudy.