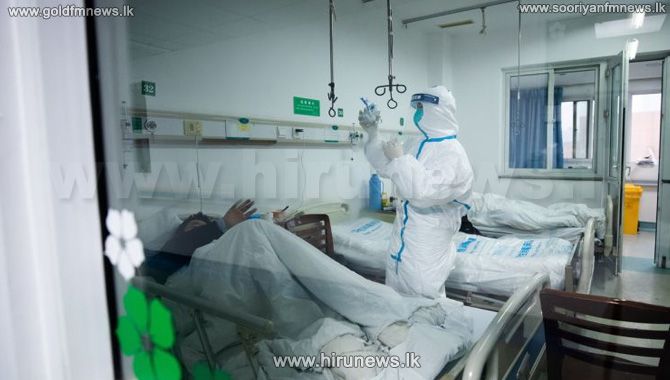 With the Corona Virus spreading across the world a number of countries, the World Health Organization said has taken steps to increase facilities of identifying persons infected with the virus.

It is said that developing countries are engaged in an effort to establish centers for diagnosis of the virus as well as for quarantine.

Anyhow, the WHO said that there is a lack of virus samples in order to experiment with these testing facilities.

The number of deaths due to the Corona Virus has increased to 1018 by now and 1016 of them have been reported from China.

The number of persons infected across the world has exceeded 43,000.

The WHO said that it believes that all countries in Africa now have the ability to identify those infected with the virus.

Chinese President Xi Jin Ping visited a hospital at Beijing while wearing a mask and met doctors and health workers treating the Corona Virus as well as infected patients.

He had said that steps have to be taken to prevent the virus from spreading further.

Anyhow, Chinese government took steps to remove from their posts, top authorities of the Health Commission in charge of the state of Hubei, where the Corona virus spread rapidly.

They have been removed from their posts for not taking proper action to prevent the spread of the virus within the state.

Among those removed from their posts are the Chairman of the Health Commission in charge of the Hubei County, a secretary and some other individuals who held top positions.

In addition, foreign reports said further that the representative of the International Red Cross Association who was in charge of that country has also been removed.

Meanwhile, a group of specialists from the World Health Organization arrived in China last evening, and the leader of the team is Consultant Dr. Bruce Aylward who worked in connection with the African Ebola Virus Epidemic in 2014-2016.

Chinese authorities have advised people to remain in their homes and not to engage in external activities, in order to reduce the risk of the Corona Virus spreading.

Foreign reports said that in compliance with this, the Xinchao Media Institute of China has taken steps to remove 500 employees.

Although work commenced subsequent to the end of Lunar New Year Holiday it is reported that work has come to a standstill at many places and business organizations in China.

Meanwhile, to prevent the Corona Virus from spreading in this country, the Health Professionals Scholars Forum pointed out that no one should be dependent only on the Medical Research Institute.