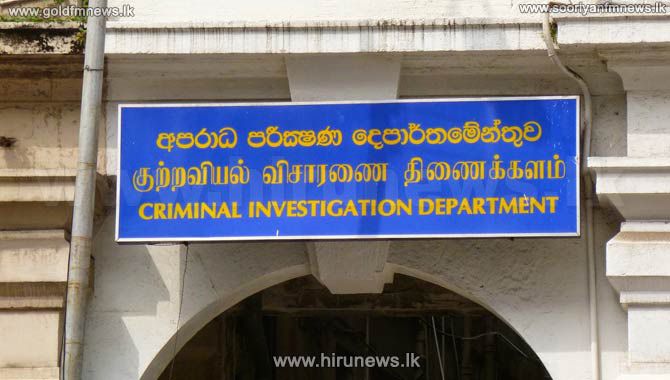 The CID informed the Court today that statements were recorded from the former Director of the CID Shani Abeysekera and a journalist of the Lakehouse organization in relation to investigations being carried out into the incident where an official of the Swiss Embassy office, Garnier Bannister was abducted.

This was when the relevant case was called up for hearing in the presence of Colombo Chief Magistrate Lanka Jayaratne today.

The CID also said that although the mobile phone of Garnier Bannister was given to the Government Analyst the report has not yet been received and stated that further investigations are being conducted regarding this incident.

Meanwhile, the counsel representing Garnier Bannister requested the Court to issue an order to the relevant company to conserve reports of data in his client’s mobile phone, during the period that was not required for the investigations.

Subsequent to considering the facts, the Chief Magistrate ordered the progress of the investigations into this incident should be reported to Court 31 March.