THE AMNESTY PERIOD FOR THE TRI-FORCES ENDS TODAY 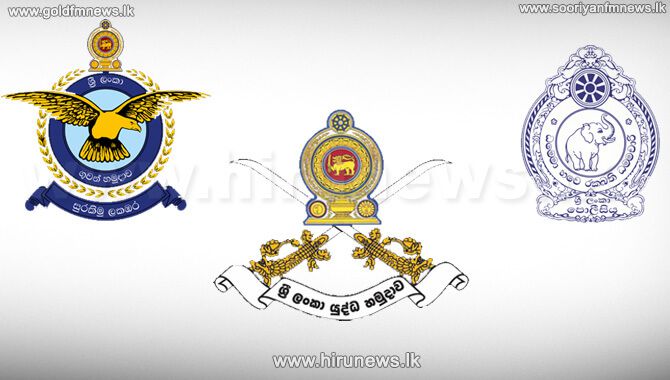 The amnesty period declared for members of the tri-forces who had not reported for work to either legally leave the forces or report back to work ends today.

This amnesty period was declared from 5 February, on the orders of President Gotabhaya Rajapaksa in conjunction with the 72 Day of Independence.

Army Media Spokesman Brigadier Chandana Wickremasinghe said that within the first 6 days of the amnesty period, 13 officers and 6259 from other ranks reported back for service.

Meanwhile, the relief period announced to hand over unauthorized firearms which are being used or individuals have in their possession, also ends today.