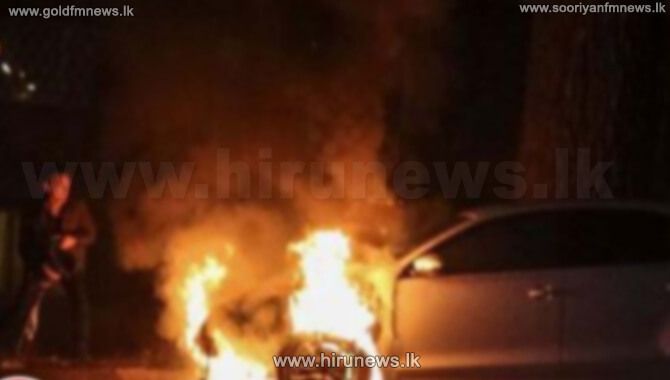 Three unidentified individuals wearing face masks had arrived and set fire to a vehicle parked opposite a house, near the Murugamoorthi Kovil on the Manipay – Navali Road.

The Police Media Division said that this group had arrived at about 10.00 last night and attacked windows and property of the house as well and caused much damage.

The Police said further investigations are being carried out into this incident based on CCTV recordings in the surrounding areas.