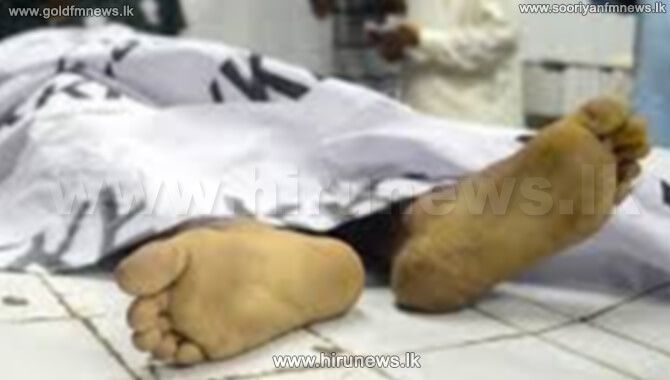 An individual who was found fallen opposite a house in Nedimala – Dehiwela with cut injuries succumbed to his injuries subsequent to being admitted to the hospital.

The Police Media Division said that information was received last night that the relevant individual had been discovered fallen opposite a house.

During investigations it was revealed that as a result of a conflict with his wife, he himself had injured himself using a sharp weapon. The deceased person was a resident of the area and 35 years of age.