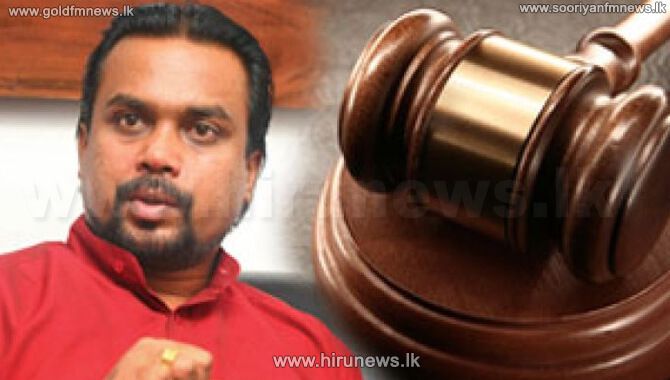 The Bribery Commission has sued Weerawansa for amassing nearly 75 million rupees during his tenure as a government minister, which he is impossible to earn from his salary from January 01st, 2010 to December 31, 2014.

Respondent Wimal Weerawansa did not appear before court today and his lawyer informed the court that his client was participating in a special Cabinet meeting.