RAINS IN SEVERAL AREAS OF THE ISLAND THIS EVENING 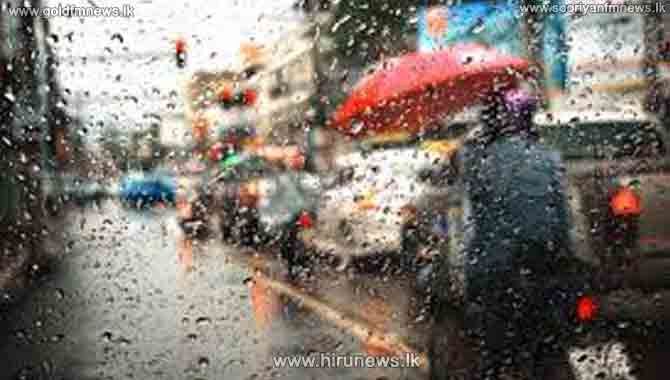 The Meteorology Department said that rain or thunder showers could be experienced in certain areas of the Western and Sabaragamuwa Provinces as well as in the districts of Galle and Matara after 2.00 pm today.

The Department said that somewhat heavy rain of more than 50mm could occur in some places in the Uva Province as well as in the districts of Hambantota, Matale and Nuwara Eliya.

At the same time, the speed of winds in the Northcentral and Northwestern provinces could increase to about 40 kilometers per hour.