Man arrested with heroin worth 10 million rupees at Mt Lavinia 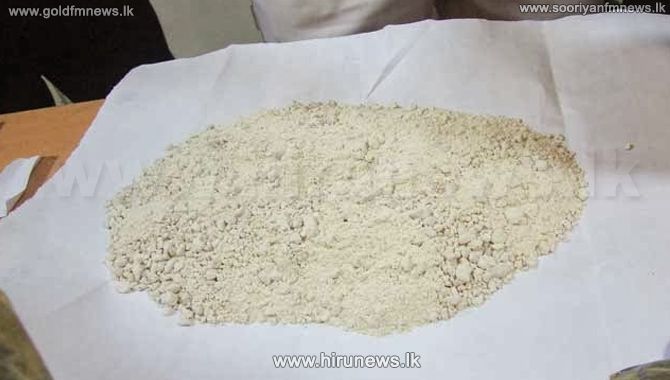 The STF has arrested a suspect with one kilogram and 15 grams of heroin in his possession from Badovita Mt Lavinia last night.

The face value of the heroin is more than 10 million rupees.

The suspect has been identified as Dulan madusanka who is considered to be a close associate of Badovita Nalin.

Meanwhile, three suspects with 278 grams of Hashish, 10 grams of Kush and 8 grams of Heroin in their possession were arrested during raids conducted this morning.