Ranil and Sajith in an emergency meeting; Committee to settle the party symbol dispute; 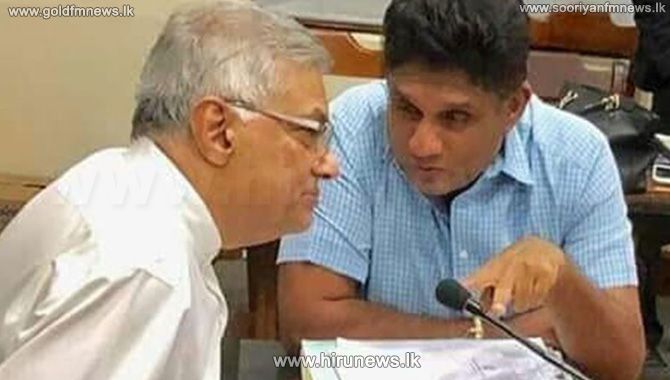 UNP Leader Ranil Wickremesinghe and Opposition Leader Sajith Premadasa who met yesterday have appointed a committee to settle the dispute over the party symbol of the new alliance.

Five representatives from each faction will sit on the committee.

Meanwhile, the UNP central working committee meeting, which is scheduled for today has also been postponed.

At the same time, Sajith Premadasa has summoned UNP MPs and electoral organizers for a discussion at the parliament complex at 9.30 am and 4 pm tomorrow.

Meanwhile, MP Ashok Abeysinghe said that the UNP should legally transfer the rights of the elephant symbol to the new alliance to enable it to contest the election.

However, MP Navin Dissanayake said that if the next election is contested under a different party symbol other than the elephant, the base of voters could be affected.

He was addressing a media conference at UNP Headquarters – Sirikotha today.