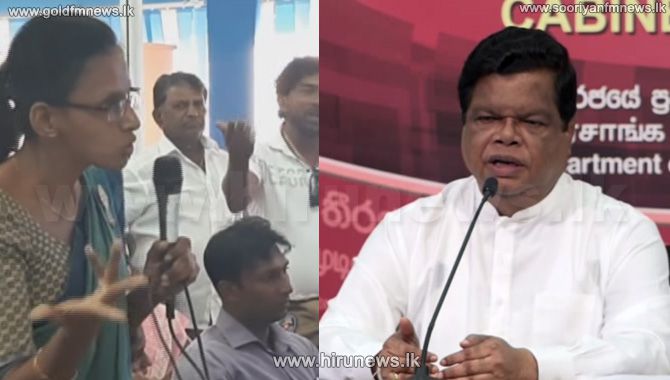 The attention of the entire country has been focused on a public officer responding strongly to State Minister Sanath Nishantha saying that permission will not be given for unauthorized constructions destroying a system of mangroves in the Negombo area.

This incident took place at the Negombo Lagoon Development meeting the District Wildlife Officer of the Gampaha Office of the Wildlife Conservation Department expressed her direct views and by now she has received within Social Media, excellent responses.

Meanwhile, views were expressed at the media briefing held to inform the media of Cabinet decisions, regarding this incident.

Cabinet media Spokesman Minister Bandula Gunawardena said that everyone in the present government including the President and Prime Minister are with the relevant officer.