A TRAIN reverses, HITS A SCHOOL BUS in KOLONNAWA 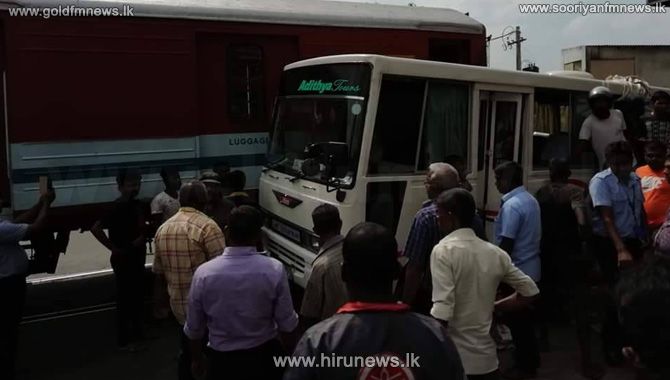 A train transporting fuel near the railway crossing at the Kolonnawa Petroleum Corporation hit a bus this morning resulting in an accident.

Police said subsequent to the train entering the Kolonnawa Petroleum Corporation yard, the gate at the railway crossing had been reopened and at that moment a bus carrying school children had been driving over the crossing.

The train which had been moving forward had suddenly reversed backwards and hit the school bus.

The bus had been damaged in the accident but no one was injured.

The Railway Department said that a fault that occurred when releasing the brakes of the train would have caused the accident.

However, a senior spokesman said that the Railway Department has launched an investigation into the incident.