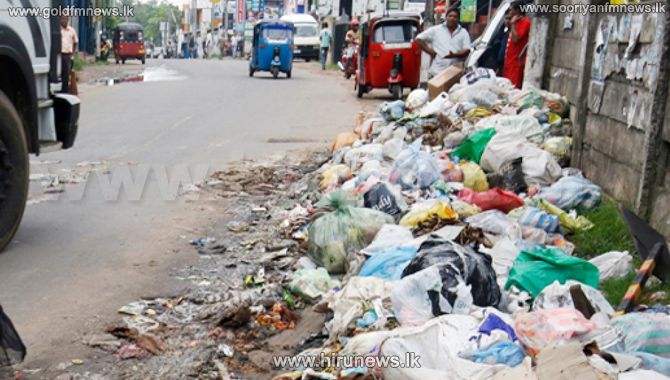 Transporting of garbage which is daily accumulated at the Colombo municipal council to the Putlam – Aruwakkaru garbage recycling plant has been halted.

It has been reported that transporting garbage had been halted since January 1st this year.

As a result the garbage that is being accumulated at the Colombo Municipal council, and surrounding areas is disposed at the Kerawalapitiya garbage plant.

When we inquired into the matter, it was revealed that the transportation of garbage to the Aruwakkalu garbage site was halted based on the orders of Western province governor, Specialist Dr. Seetha Arambepola.

We inquired about this from Western Province Governor Specialist Doctor Seetha Arambepola.

She replied that transporting about 15 tons of garbage to Aruvakkaaru costs a sum of 98 thousand rupees per tipper.

She said as a result of this the Colombo Municipal Council would have to pay a colossal amount of money per month.

The governor said that in addition as a result of the water contained in the garbage leaking on to the road while being transported in lorries, an environmental problem crops up.

The governor said that while in view of these matters, steps have been taken to dump the garbage getting collected in the Colombo Municipality area at the Kerawalapitiya garbage terminal.

She said that the garbage is scheduled to be used at the Power Plant being newly constructed there.