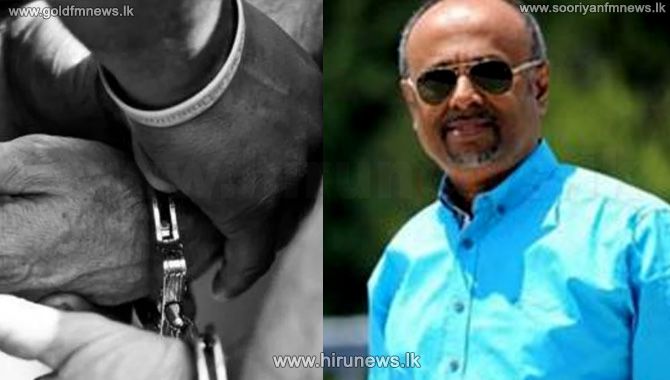 Former Sri Lankan Ambassador to Russia Udayanga Weeratunga was arrested by the CID at Katunayake airport.

Arrest warrant had been issued on Weeratunga in connection with the controversial MIG deal.

CID brought him to the island from Oman and has been recording a statement.

The Fort Magistrate issued an arrest warrant for the first time on Weeratunga on October 20th, 2016.

This was issued through Interpol.

He was accused of violating the Money Laundering Act.

Later, 16 bank accounts belonging to Weeratunga were suspended by the court on January 4th, 2017, and his passport was also suspended.

Udayanga Weeratunga was reported to have held up by the Dubai Airport authorities in February 2018.

Interpol had issued an official warrant and a red notice on him as well.

Police and Attorney General’s representatives visited Dubai to arrest Weeratunga but they were compelled to return empty handed.

Meanwhile, the petition filed by Weeratunga challenging his arrest warrant was rejected by the Supreme Court.