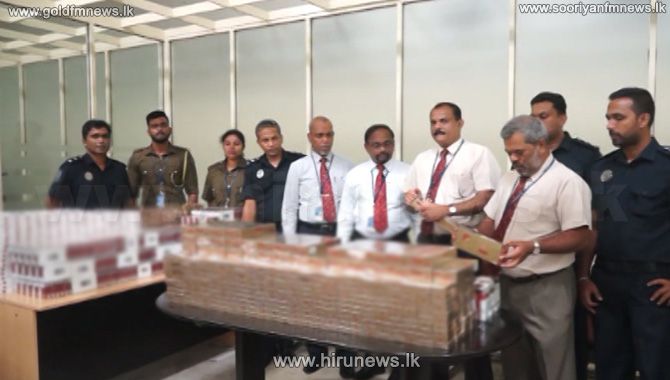 Four persons including two women together with a stock of illegal foreign cigarettes valued at about Rs. 4.5 million were taken into custody by the Katunayake Airport Customs at dawn today.

Two of them were a married couple resident in Kandy and the other two suspects were residents of Ambalangoda.

They had arrived in this country from Dubai and Abudhabi and the total number of cigarettes taken into custody while in their possession numbered 90,800.