THE MYSTERIOUS DEATH THAT OCCURRED INSIDE A KOVIL, SHOCKING EVERYONE 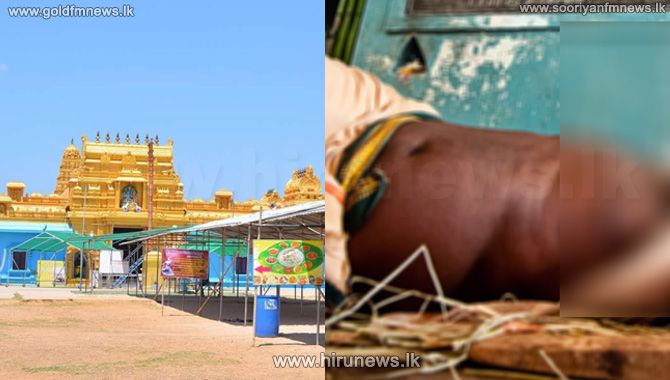 A Hindu Clergy assistant has committed suicide by hanging himself inside a Kovil on the Nilaveli, Trincomalee Road.

Information has been reported that the deceased is a 19 year old Indian national.

He had arrived at the Kovil on February 6 from Andhra Pradesh in India.

Information has been reported that he came to this country for education purposes.

It is said that this youth had been accommodated at a room in the Kovil premises and was attending to studies.

This individual had hung himself from a ceiling fan inside this room and committed suicide.

The Uppuveli Police are carrying out further investigations regarding this incident.