EXCAVATIONS BEGIN AT THE PLACE IN MANKULAM BONE FRAGMENTS WERE DISCOVERED 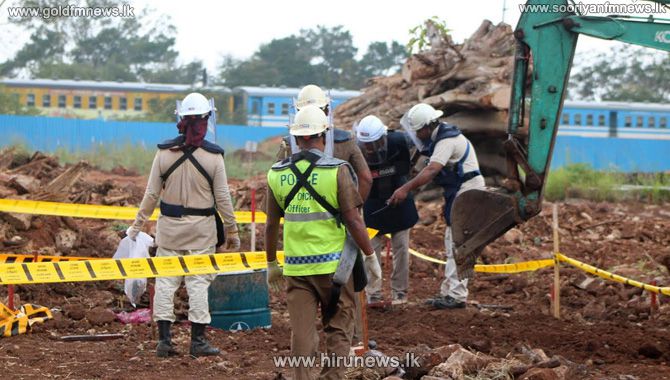 Excavations of the place where bone fragments were discovered when preparing the land to construct a new wards complex for the Mullaitivu – Mankulam Hospital, commenced yesterday.

This was subsequent to reporting facts on the incident to the Mullaitivu Magistrate’s Court and Magistrate S. Lenin Kumar observing the relevant site.

Our correspondent said that consequent to excavations beginning, several parts suspected to be human bone fragments were found.

The first bone fragments were discovered on 11 when excavations were being carried out in preparation for construction of a wards complex for the Mankulam Hospital.