OIC OF DUMMALASURIYA TO THE PRESIDENTIAL COMMISSION TODAY 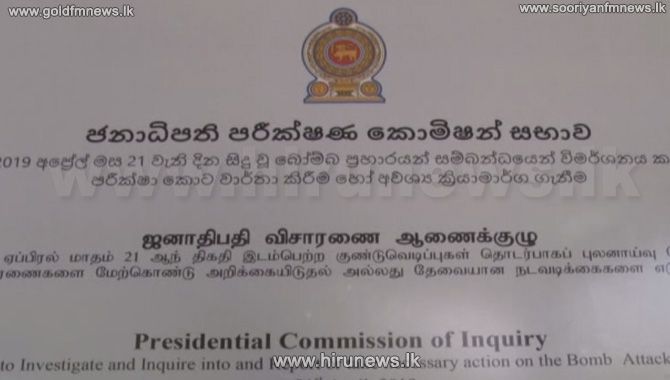 Officer-In-Charge of the Dummalasuriya Police, Chief Inspector of Police Athula Kumara Gamage has been summoned to the Presidential Commission of inquiry probing the terrorist attacks on Easter Sunday.

At the same time a suspect who had contact with Zaharan Hashim who carried out the Easter Sunday attacks was taken into custody by the Dummalasuriya Police and two of his assistants who were arrested by the same Police station were handed over to the CID, it is reported.