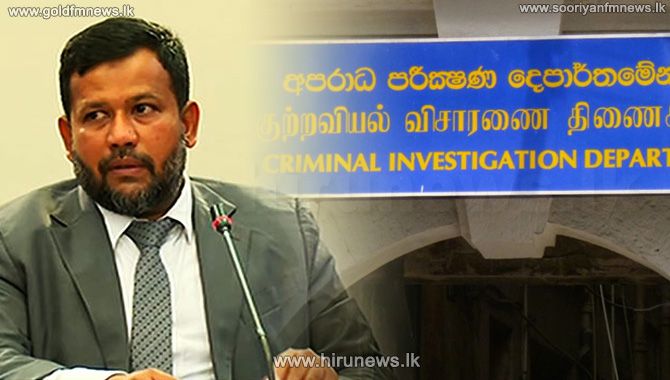 Files containing documents connected with alleged controversial transactions carried out at Sathosa during the tenure of the previous government have been discovered from a house belonging to the wife of former Minister Rishad Bathiudeen, the Criminal Investigation Department (CID) informed the Mount Lavinia Magistrate’s Court this morning (14).

The Department reporting to Chief Magistrate of Mount Lavinia Mohammed Mihal said that they hope to record a statement in connection with this find, from the wife of the former Minister Rishad Bathiudeen.

During questioning of Imran Mohammed who was taken into custody from this particular house, the CID said that accusations of money laundering against him had been proved as well.

During questioning of the relevant suspect it was revealed that the value of a Cash Promissory Note found to be Rs. 90,350,000 million was actually 9. 35 million.

Considering the facts presented the Magistrate ordered that this suspect be remanded until 28 February.