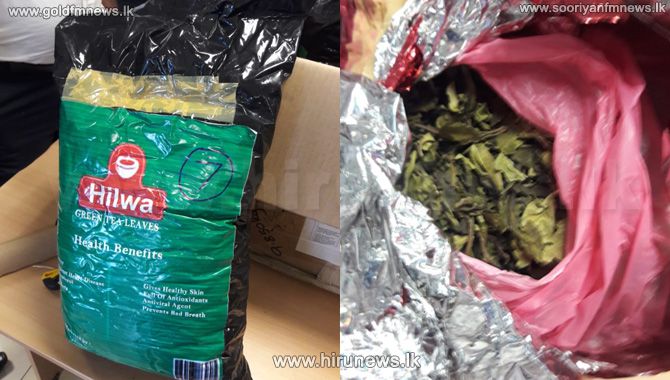 Three parcels weighing 20 kilos containing the species of leaves known as ‘Karth’ sent to the country from Ethiopia were taken into custody at the Central Mail Exchange.

This was during a raid carried out by the Anti-Narcotics Bureau.

Importing this species of leaf to this country has been banned and a top Police official said that it is consumed subsequent to mixing it with tea.

No one had come forward to accept these parcels and further investigations are being carried out.