The operation at midnight which saved the life of a leopard 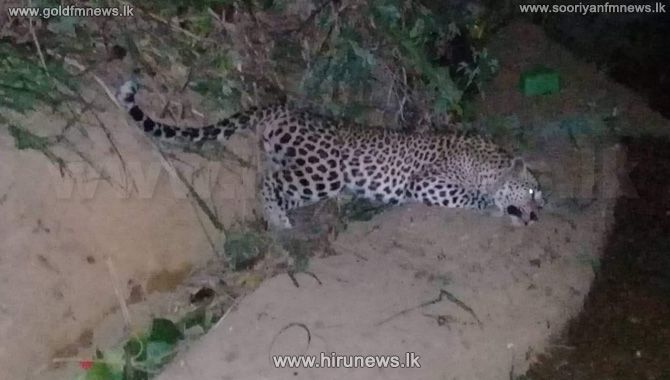 A group of officers of the Nallathanniya Wildlife Office succeeded in saving the life of a mountain leopard caught in a trap.

This leopard had been caught in a trap set on cultivated land in the Brownlow Tea Estate, Maskeliya last night (13).

Wildlife officers of the Nallathanniya Wildlife Office who had gone there had seen that the leopard was trapped in his stomach area.

Since it was necessary to anaesthetize the leopard to rescue it, they had obtained the assistance of Veterinarian Anaesthetist of the Randenigala Veterinarian office.

Subsequent to anaesthetizing the animal, they managed to release him from the trap. The wildlife officers said the leopard was about 7 years old.

The leopard which was thus rescued was taken to the Randenigala Veterinary office for further treatment.