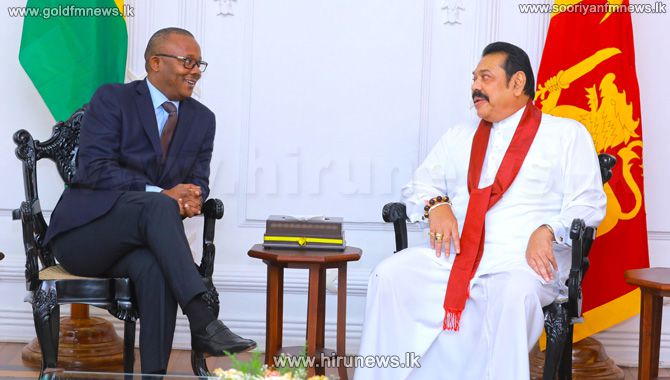 A meeting between Prime Minister Mahinda Rajapaksa and the President of Guinea Bissau Umaro Cissoko Embalo was held this morning at Temple Trees.

The President of Guinea Bissau appreciated the Ambassadorial contacts Sri Lanka has spread across the African Continent.

President Umaro Cissoko said further that as a Western African country, his country would give total support to strengthening further these contacts.

The President of Guinea Bissau said that his state has given priority to cultivating Cashew nuts.

The Prime Minister’s Media Division said that during the meeting it was discussed regarding providing opportunities to students of Guinea Bissau to engage in studies in Universities in Sri Lanka as well as in institutes of higher education and to provide training and higher education studies as well.