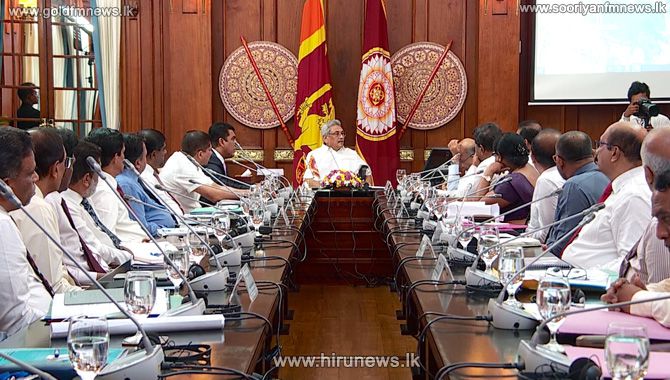 President Gotabhaya Rajapaksa has instructed officials to complete the Central Expressway and other expressways in an expedited manner.

This meeting was held today at the President’s office with senior officials of the Ministry of Highways.

The President also instructed them to seek expedited solutions for the traffic congestion which prevails towards Colombo.

Attention was also focused on extending the coastal road which runs parallel to Galle Road, up to Panadura.

The President gave further instructions to complete properly the expressway from Matara to Hambantota where work on the first phase has been finished already.

Another project that needed to be completed was mentioned. This were the expressways from Kadawatha through Mirigama to Kurunegala and from Kurunegala to Dambulla, as well as the section from Potuhera to Galagedera.

The 76 kilometer road from Ingiriya to Ratnapura will be constructed soon and joined to the national expressways system. It will commence from the Kahatuduwa entrance of the Southern Expressway.

It was discussed on this occasion that by expediting construction of a tunnel at Kandy it will provide a solution to the traffic congestion there.

President Gotabhaya Rajapaksa also said that construction of half-completed roads and bridges should be expedited and completed and that rural system of roads has to be modernized in conjunction with the rest of the system of roads.

Places where there is extreme traffic congestion will be identified and flyover bridges and tunnel entrances will be built.

The President also pointed out that inquiries should be made regarding the construction of the Road through Dematagoda, Wanathamulla to Battaramulla which will provide a solution for traffic congestion at Borella and Rajagiriya junctions.

He also said that total contributions from local engineers for all constructions should be obtained.

Another matter subject to discussion on this occasion was developing public transport services in conjunction with building of roads and in order to prevent the city from being overcrowded with vehicles, formalizing luxury bus services and School Bus services.

Attention was also focused on setting up suitable places to park vehicles entering the city of Colombo together with the Urban Development Authority.

The President who pointed out the importance of providing parking when business places are established, said further that all institutes should work together to stop Electricity, Water and Telephone lines from being damaged.