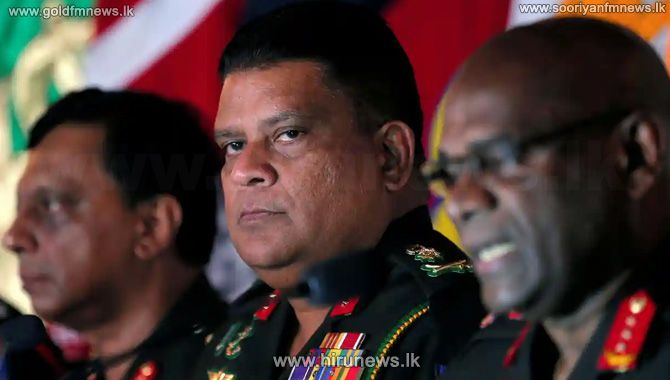 Sri Lanka has expressed "strong objection" to the US imposing a travel ban on Army commander and Chief of the Defence Staff Lieutenant General Shavendra Silva and his family members.

Issuing a communiqué ministry of foreign affairs noted that the travel ban has been imposed based on "unverified information".

The ministry noted that the ban was imposed after the US state department announced that he has violated human rights.

Lieutenant General Shavendra Silva was appointed as the army commander by the then president after taking into consideration his seniority in the service.

The sri lankan government has reiterated that there are no proven allegations against him with regard to human rights violations.

Current president Gotabaya Rajapaksa promoted Lieutenant General Shavendra Silva as the chief of defence staff as he was the most senior army officer.

Meanwhile expressing his views at a media briefing in Kandy today venerable Medagama Dammananda thero of the Asgiri chapter said that he did not approve the decision made by the US.