UDAYANGA WEERATUNGA TO BE PRODUCED IN COURT TODAY AGAIN 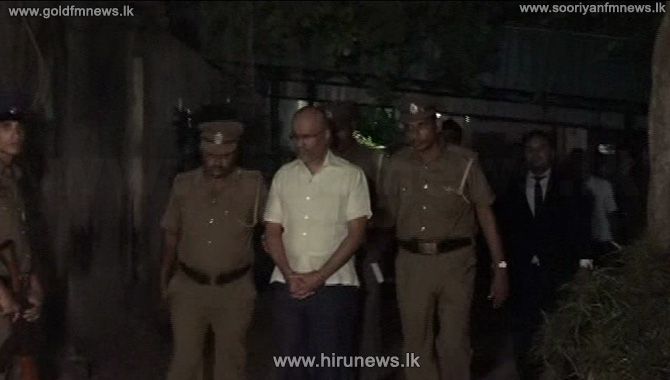 Former Sri Lankan Ambassador of Russia Udayanga Weeratunga who was taken into custody at the Katunayake Airport by the Criminal Investigation Department is scheduled to be produced at the Colombo Fort Magistrate’s Court today, again.

When he returned to the island on 14, Udayanga Weeratunga was taken into custody in relation to allegations made against him regarding the MIG aircraft deal.

This transaction which had taken place during the period 2007-2009 was investigated by the Financial Crimes Investigation Division and facts were reported to the Colombo Magistrate’s Court. Accordingly, open warrants were issued on several occasions for his arrest.

Weeratunga who arrived from Muscat in Sri Lanka at dawn on the 14 was arrested by the CID and remanded until today subsequent to being produced before the Colombo Fort Magistrate Ranga Dissanayake.

Later he was admitted to the prison hospital due to illness and a spokesman of the Prisons Department said that he was hospitalized due to hemorrhoids.