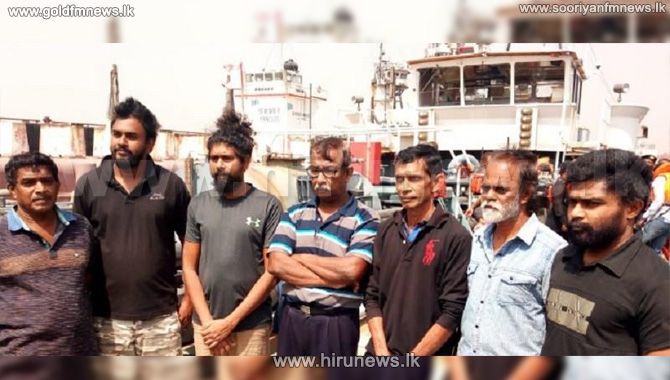 Seven Sri Lankan sailors who were taken into custody by the Nigerian Navy accused of having obtained fuel for the ship, unlawfully, have requested the government to get them released as soon as possible.

These 7 sailors together with the other African staff are in the custody of the Nigerian Economic and Financial Crimes Commission.

Nigerian media said that these sailors were handed over to this commission so that legal action could be taken against them.

The ship named Zeebrugg was taken into custody together with 7 Sri Lankan sailors, 46 Nigerians and two nationals of Ghana on 13 December last year. The Sri Lankan Captain of the ship has told the Nigerian Navy that they arrived there based on instructions of his company to obtain fuel and that they sailed from Morocco.

Subsequent to obtaining fuel, the ship was sailing to Ghana when in international seas, the Nigerian Navy took it into custody, the Sri Lankan staff said.

Nigerian authorities have stated that there was 838 metric tons of the crude oil which had been obtained without valid approval, in the Zeebrugg ship.