ANOTHER TWO PERSONS OF A GANG WHICH ROBBED 5.4 MILLION RUPEES WORTH OF GOLD AND CASH, TAKEN INTO CUSTODY 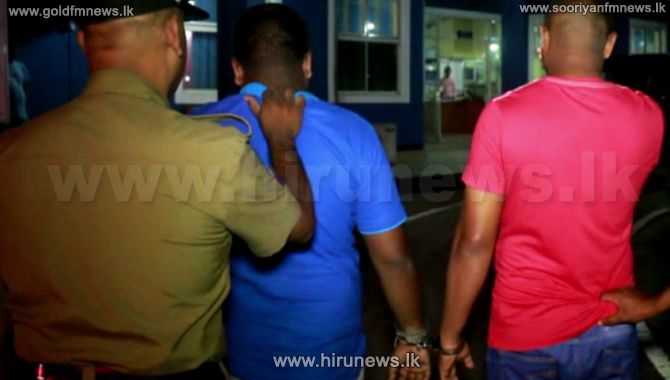 Two more suspects have been arrested in connection with a robbery of gold jewellery and cash Rs. 5.45 million from a house in Alawathugoda – Batugoda pretending to be officers of the Criminal Investigation Department.

The Police said that based on investigations carried out by the Alawathugoda Police, the suspects were arrested in Nuwara Eliya and Polonnaruwa areas.

It has been revealed during Police investigations that another four suspects were involved in the theft and further investigations are underway to take them into custody.

This robbery took place on February 11.