A FIRE ON A NON-EXPRESS TRAIN 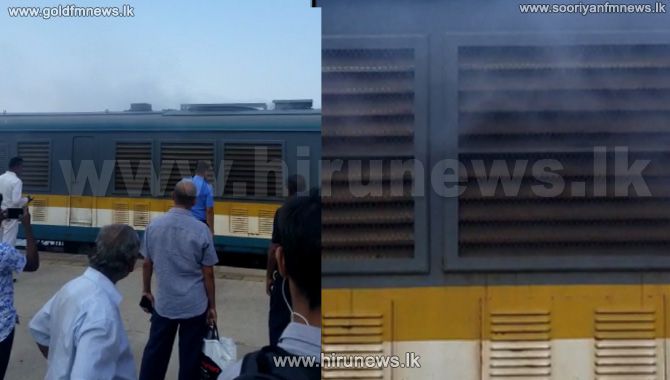 A fire has erupted in a slow train plying from Moratuwa to Maradana on the coastal railway line.

The fire had broken out on train number 325 which left Moratuwa this morning at 7.50, a spokesman of the Railway Department said.

Subsequent to informing the Fire Brigade the train was halted at the Kollupitiya Railway Station and the fire was doused. The Railway Department said that no delay will take place on the coastal railway line, as a result.