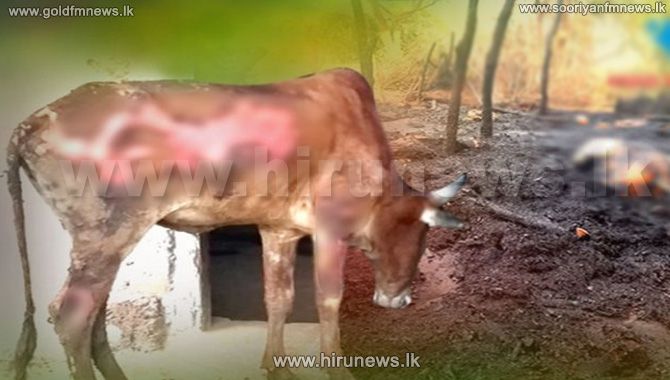 The owner of the garden to which a calf from a cattle shed nearby had strayed into had become so angry that he had attacked the calf with sticks and poured petrol over it and set it on fire resulting in the death of the animal.

When the owner of the cattle shed had heard a calf screaming he had gone outside to see, on the day this incident took place. When he went into the garden he had seen the half-burnt calf which had been attacked and petrol poured on it.

Subsequently, the cattle shed owner had lodged a complaint with the police and they had taken into custody a 38-year-old individual, a resident of Rotawewa, Minneriya on suspicion, in this incident.

The Minneriya Police are carrying out further investigations into this incident.