AN INDIVIDUAL WHO SMUGGLED IN GOLD VALUED AT MORE THAN 10 MILLION RUPEES, HIDDEN CAUGHT IN THE NET OF CUSTOMS 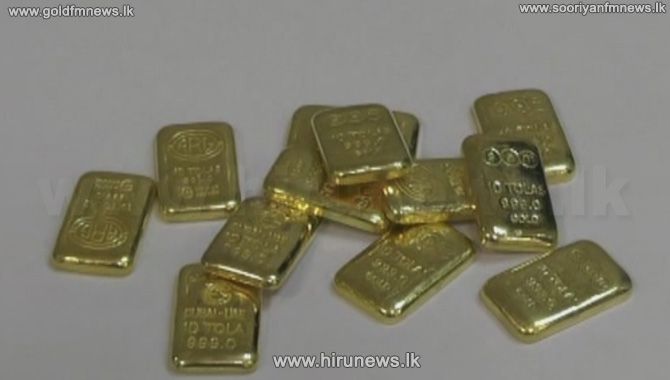 An individual who smuggled in illegally a stock of gold biscuits valued at more than Rs. 22.8 million has been taken into custody by Customs at the Katunayake Airport.

This person had arrived from Chennai in India on UL 121 aircraft of Sri Lankan Airlines this morning (17) and was arrested, Customs Media Spokesman, Additional Director General of Customs Sunil Jayaratne said.

The suspect is a 36-year-old resident of Maligawatte and he had brought in this stock of gold biscuits hidden in his footwear.

The 12 gold biscuits weighing one kilo and 400 grams were confiscated and Airport Customs ordered the suspect to pay a sum of Rs. 1.3 million as a fine.