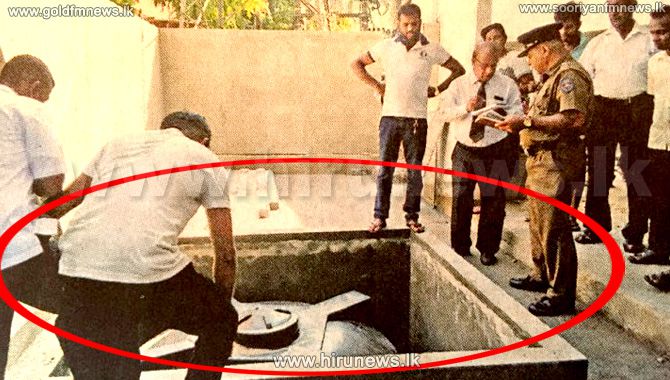 On the night of the 15, a 71 year old father of five fell into a water tank behind a shopping complex which is under construction at the Meepe junction and died.

He had been serving as a security guard at the Meepe National Education Institute and had gone to buy something for his dinner, at night and had experienced a call of nature.

Police said he had tried to go behind the private shopping complex being constructed in the city when he met with this accident.

This pit is about 30 feet deep, and it was revealed during Police investigations that a water tank had been placed in there to collect rainwater from the shopping complex.

There were workers who had worked there during the afternoon hours and the incident had occurred at about 7.30 at night.

People who were nearby had heard a massive sound and arrived at the scene and inspected the area and they informed the Police that the injured person had died.

Subsequent to initial investigations the body was taken to the Padukka Regional Hospital.

After carrying out initial investigations on 16 at the Padukka Hospital and being submitted to the Judicial Medical Officer after which it will be sent to the Homagama Base Hospital from where the body is due to be handed over to relatives. The Police said that the deceased was a father of five.