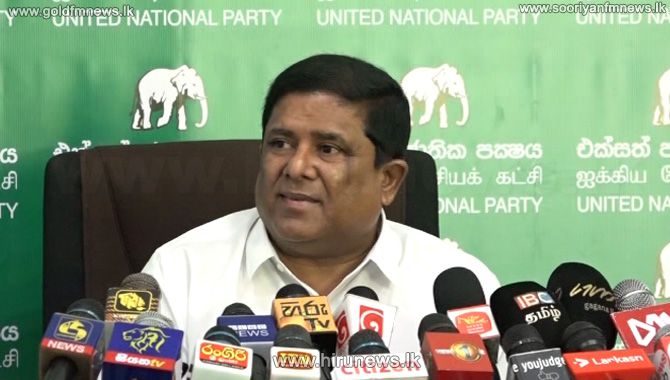 The UNP has still not been able to form its new alliance.

They have also failed to finalize an election symbol to contest the forthcoming General election.

Meanwhile, addressing a media conference held at the party headquarters – Sirikotha, MP Vajira Abeywardana said that nobody can mortgage the party symbol - the elephant.

Meanwhile, MP Ajith P Perera said that if the new alliance fails to get the rights for the elephant symbol, it would contest the General election under a different symbol.

He was speaking at a ceremony held in Horana today.

Meanwhile, Deshapremi Eksath Jathika Party states that the election symbol, the heart, is their right and no new political party could contest the forthcoming general election under that symbol by violating the party constitution.