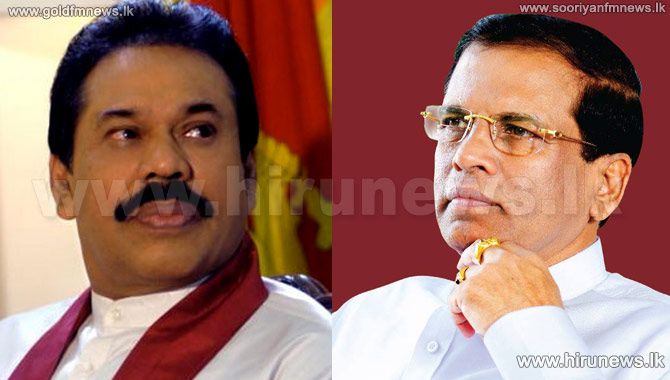 A discussion will be held between Prime Minister Mahinda Rajapaksa and former president Maithripala Sirisena at Temple Trees this afternoon.

At this meeting discussion will also be held regarding the SLPP and the SLFP contesting the upcoming general election.

Meanwhile relevant documents for registering the Sri Lanka Nidahas Podujana Alliance being formed jointly by the SLPP and the SLFP as a new party were submitted to the election commission yesterday.

Former minister Basil Rajapaksa was appointed as the general secretary of the new alliance.

Meanwhile, the SLPP-SLFP new alliance has chosen the flower bud as its election symbol.