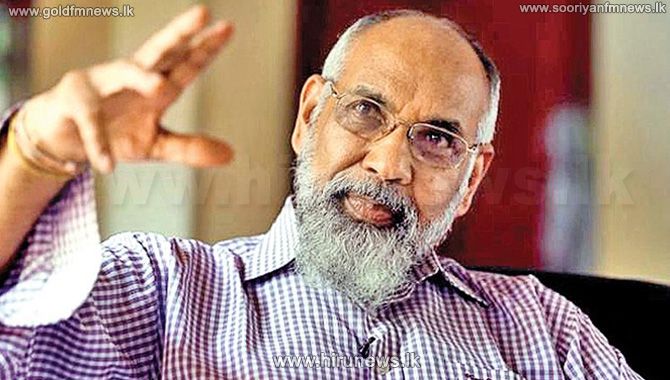 Former Northern Province chief minister and TNA leader C V Vigneswaran has expressed pleasure regarding the US imposing a ban on Army Commander Lieutenant General Shavendra Silva and his family from entering the US.

Expressing his views to the media he noted that the US has reassured on taking on the international responsibility on reprimanding those who violate human rights.

Accordingly, he added that he agrees with United States decision with regard to Army Commander Lieutenant General Shavendra Silva.

Meanwhile, the minister of foreign affairs, Dinesh Gunawardena discussed with representatives of US congress regarding the travel ban to US imposed on the Army Commander, Lieutenant General Shavendra Silva.

US congress members, Ami Bera and George Holding engaging in a visit to Sri Lanka met with the minister at the ministry of foreign affairs yesterday along with the US Ambassador to Sri Lanka, Alaina Teplitz.

During the meeting the congress members had noted that US congress will be informed of Sri Lankan governments disapproval against the travel ban to US imposed on the Army commander.