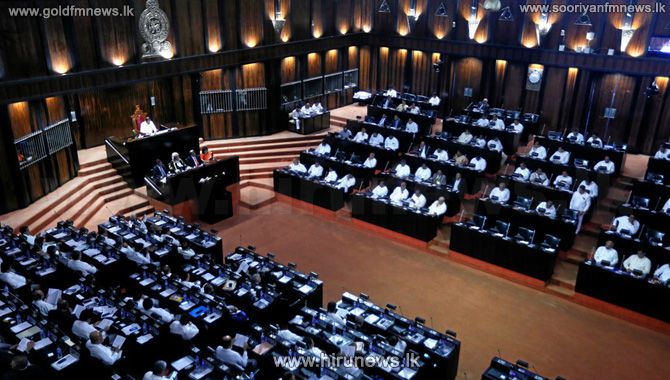 The proposal in relation to the amendment submitted by the government to the Vote on Account to obtain financial provisions of Rs. 367 billion is scheduled to be taken up for consideration in Parliament today.

Once the Committee grants its approval the proposal is due to be presented for debate in Parliament, day after tomorrow.

The Parliamentary Communication Department said that the debate will be held from 9.30 in the morning until 12.30 pm.

Also, the Forensic Audit Report on the Central Bank Treasury Bonds will be debated in parliament today and it is due to be continued tomorrow as well.