THE ATTEMPT TO OBTAIN ‘KALANA’ FOR THE DEVINUWARA DEWALA IS DELAYED 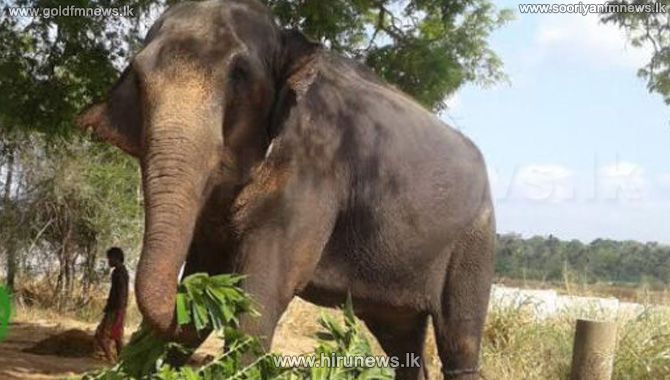 Arrangements are being made to obtain the elephant named ‘Kalana’ for the Dewala, which was sent to the Ambalantota – Rideeyagama Safari Park from the Devinuwara Sri Vishnu Dewala. A leg of the elephant had been injured because of being tied with a chain for a long period of time.

The Devinuwara Sri Vishnu Dewala is making arrangements to pay the Zoo Department a sum of Rs. 4.1 million in relation to the period the elephant was kept at the Rideeyagama Safari Park.

An order was issued by the Matara Court on 16 January to hand over the elephant to the Devinuwara Dewala today.

However, a group of animal activists objecting to this obtained an injunction order from the Appeal Court to halt the elephant from being handed over.

Accordingly, the Court decided yesterday to postpone until 3 March, handing over of the elephant which was to have taken place today.

The Animal Activists have to report facts to the Court as to why the elephant should not be returned to the Dewala prior to 3 March.

The right leg of ‘Kalana’ the elephant who was under the guardianship of the Matara – Devinuwara Sri Vishnu Dewala had been injured since it had been tied with a chain for a very long period of time. In August of 2018, the Hiru News Division revealed that the chain had been embedded in the leg of the elephant and flesh had grown over it.