THE ACCIDENT EXPERIENCED BY A THREE YEAR OLD CHILD, RECORDED ON SECURITY CAMERA 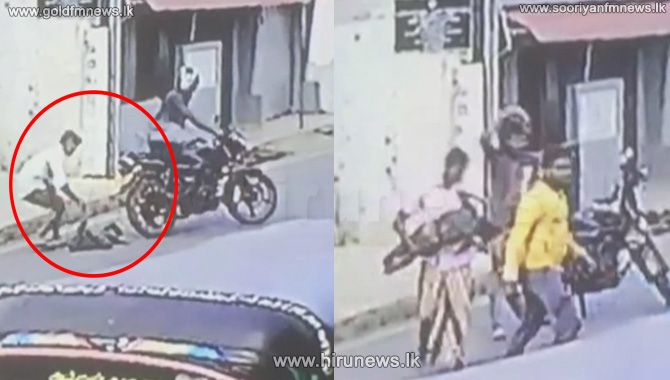 A small child who attempted to cross the road on the Deltota Road recently, was hit by a motorbike and sustained injuries. It was a three year old who was hit thus.

The injured child was admitted to the Deltota Hospital and it was revealed that the bike rider did not possess a license.

The Police have taken into custody the bike rider and subsequent to being produced before the Kandy Magistrate’s Court has been remanded for 14 days our Correspondent said.

This accident was recorded on a security camera fixed nearby.