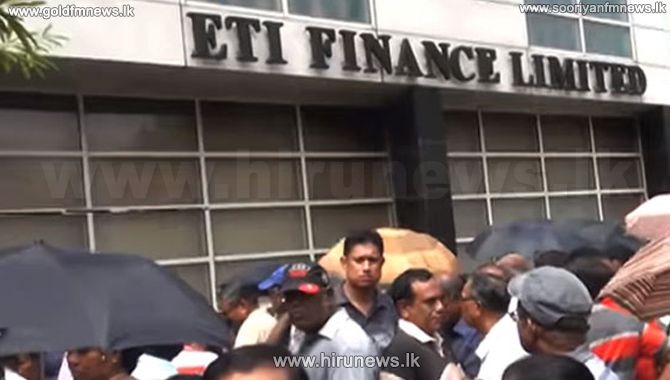 The Independent Association for the Protection of ETI Depositors is engaged in a protest opposite the Central Bank by now.

That is demanding that their deposits be returned soon. They arrived in march from opposite the Colombo Fort Railway Station at the Central Bank.

Later when the ETI depositors attempted to enter the Central Bank, a heated situation arose.