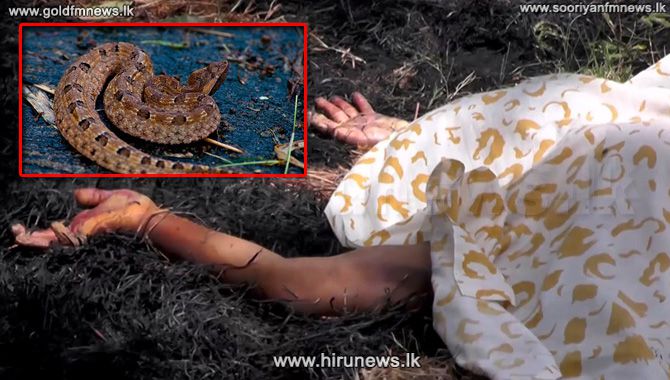 An unfortunate incident has been reported from Galkiriyagama, Ulpathagama, where a farmer went to harvest his paddy field and was stung by a viper and killed due to the venom.

It was a 60 year old father of two named H. A. Navaratne resident at Galkiriyagama, Ulpathagama who faced this unfortunate incident yesterday (17) evening.

When Navaratne had gone to harvest his paddy field at Ulpathagama he had been stung by a viper.

The people who were there at that time had taken steps to take the snake bite victim to the Dambulla Hospital in an expedited manner.

He died on admission to the hospital since he was in a critical condition due to the venom of the snake.

The postmortem into this death was due to be carried out by the Coroner of the Kiralawa Korale and the Galkiriyagama Police is carrying out further investigations into the incident.