STATE MINISTER JAYANTHA SAMARAWEERA WHO HAD A WARRANT ISSUED AGAINST HIM, PRESENTS HIMSELF AT COURT 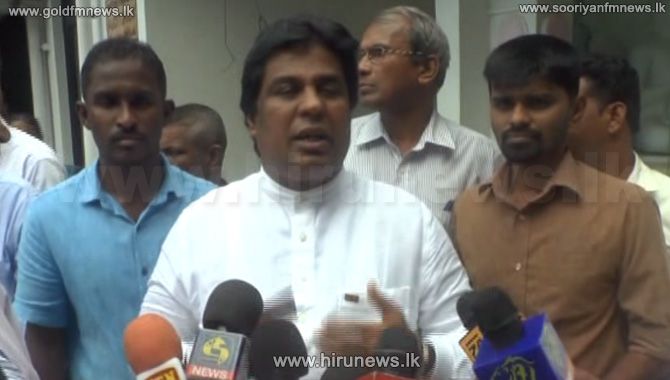 This was when the State Minister presented himself in Court through a Motion and his lawyer.

A case was filed against the State Minister and a group of persons due to engaging in a protest causing inconvenience to the general public, expressing their objections to the tour of the then Commissioner of Human Rights of the United Nations Organization, Prince Zeyid Al Hussain in the month of February 2016.

As he had not been present in Court the Colombo Chief Magistrate’s Court issued an arrest warrant against State Minister Jayantha Samaraweera.

Accordingly, the State Minister presented himself at the Court today and the Chief Magistrate ordered the arrest warrant be recalled.