A RELATIVE OF ‘WELLE SURANGA’ ARRESTED WITH DRUGS 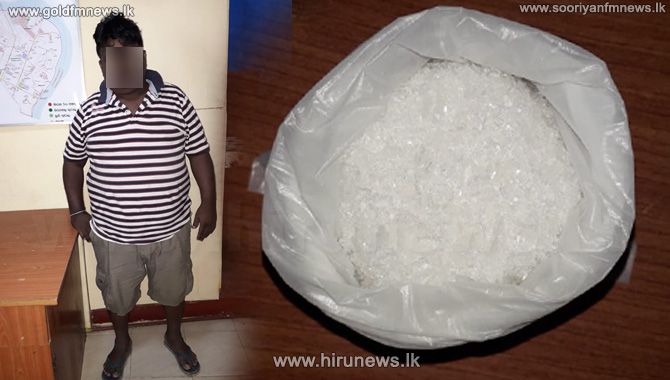 The Police Special Task Force took into custody today a relative of the person named ‘Welle Suranga’ who is an organized Criminal and a Drug Dealer, at Mattakkuliya – Summitpura with the drug ICE in his possession.

This raid was carried out on the instructions of the Commander of the STF DIG Lionel Gunatillaka and during this instance, this 44 year old individual named Siriwardena Arachchige Saman was taken into custody.

The suspect had left the army in the year 2005, and it has been revealed that he had been advising ‘Welle Suranga’ on crimes being carried out using firearms.

The Police STF took into their custody 215 grams of the drug ICE which was in the suspect’s possession.