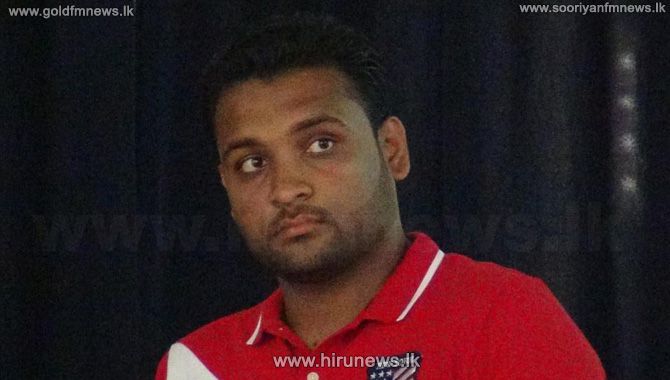 Yashodha Range Bandara, the son of Member of Parliament Palitha Range Bandara was ordered to pay a sum of Rs. 32,500 as a fine by the District Judge of Chilaw Manjula Ratnayake in connection with the incident of driving drunk in Chilaw – Bangadeniya and causing damage to property and injuring a person.

This was when the relevant case was taken up for hearing at the Chilaw Magistrate’s Court today.

The Magistrate ordered that if the fine specified is not paid a six month prison sentence will be imposed.

The Magistrate also ordered that the driving license of the suspect be suspended for a period of 6 months.

The Magistrate ordered further that the house that was damaged in the accident had to be repaired and then reported to Court and that a separate case should be filed for damaging a state-owned vehicle.

It was on 6 June last year that this accident took place on the main Chilaw-Puttalam road at the Bangadeniya – Kottapitiya junction.