RUNNING OF SEMI-LUXURY BUS SERVICES AT NIGHT ONLY 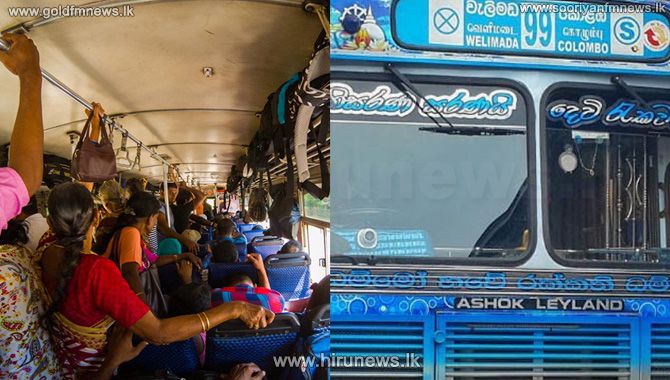 The Minister of Transport Services Management, Power and Energy Mahinda Amaraweera has decided to bring in a new law where semi-luxury buses could run only from 7.00 pm to 6.00 the following morning.

The Minister had declared this at a discussion held at the Transport Ministry this morning.

The Minister says that he hopes to present to the upcoming Cabinet meeting a Cabinet Paper which includes some other laws to be imposed on semi-luxury buses together with this decision.

Among the decisions made are not running semi-luxury buses during day time and that one trip should include more than 200 kilometers.

Anyhow, previously it was decided to completely abolish the semi-luxury bus services. This was because of the complaints submitted by commuters which were taken into consideration.

Later the National Transport Commission had carried out an investigation.

Accordingly, it was revealed that 437 buses are being run under this service.

The Commission has recommended therefore, that it would not be beneficial to abolish these services at once.

It is also said that an agreement has been reached to maintain 25 of the semi-luxury buses running at present as luxury buses with air conditioning and to run another 7 buses as general buses.