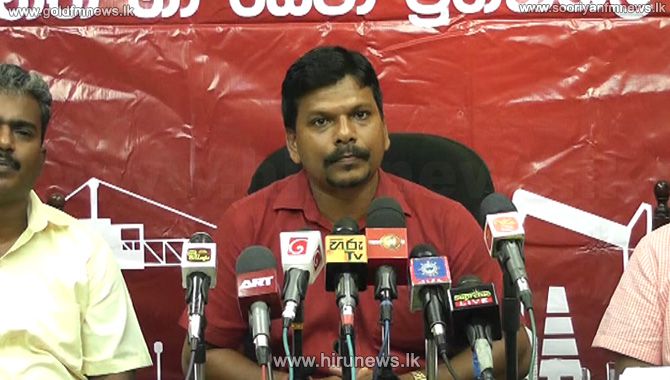 The Commerce and Industry progressive trade union states that the present government will not hand over the East Terminal of Colombo Port to India.

At a media briefing held at the Colombo Ports Authority yesterday, its Chairman Sanjaya Kumara Weligama stated that the government is in discussions with India regarding the cancellation of the agreement signed by the previous government.

The journalists had asked him as to what would be the trade union action if the East Terminal of Colombo Port is to be provided to India.